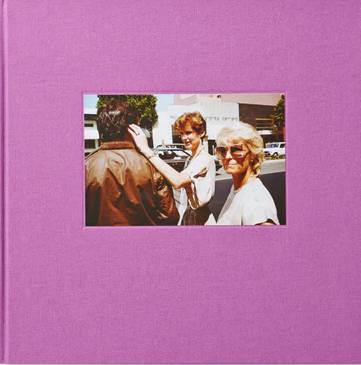 Rodeo Drive, 1984 is a series of 41 images of shoppers on Beverly Hills’ infamous shopping highway. The subjects appear caught unaware, glancing up as they walk, or daydreaming as they wait to be served in its commercial landscape of shops and restaurants. Anthony Hernandez poses as a dispassionate observer, recording the big hair, wide shoulders and cinched waists of the 1980’s in sunlit photographs.

Hernandez does not simply document the urban experience, but reveals in his images the complexity of social spaces, implying economic disparity and racial divide. Layers of socio-economic tension are exposed on a street in an overt symbol of civic success; as Lewis Baltz observes, “these are the victors…enjoying the spoils of their victory on Rodeo Drive”.

Working in the 1970s, Hernandez and his contemporaries, who included Lewis Baltz and Terry Wild, were interested in photographing the social landscape of Los Angeles. Hernandez work was included in a landmark exhibition, The Crowded Vacancy, at the Pasadena Art Museum, LA (now the Norton Simon Museum) in 1971, which introduced to the public a new type of American landscape photography – four years prior to New Topographics; both exhibitions inspired an aesthetic movement that continues to resonate today.

About the Artist
Anthony Hernandez (b. 1947) is an American photographer who divides his time between Los Angeles, his birthplace, and Idaho. His photography has ranged from street photography to images of the built environment and other remains of civilization, particularly those discarded or abandoned elements that serve as evidence of human presence. He has spent most of his career photographing in Los Angeles and its environs. “It is L.A.’s combination of beauty and brutality that has always intrigued Hernandez.” La Biennale di Venezia said of Hernandez, “For the past three decades a prevalent question has troubled the photographer: how to picture the contemporary ruins of the city and the harsh impact of urban life on its less advantaged citizens?” His wife is the novelist Judith Freeman.
(source: https://www.tate.org.uk/art/artists/anthony-hernandez-10094)