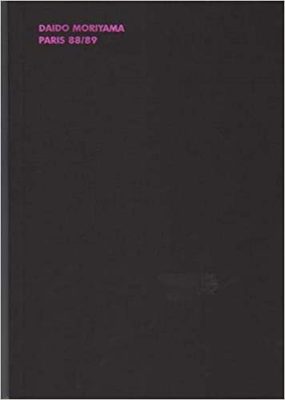 “In 1988 and 1989, without speaking a word of French or know anyone except a fellow countrywoman, the photographer lived in Paris with the project a bit crazy to start a gallery apartment. Above all, the trip was the opportunity to live this dream from when his was a teenager and navigate the world of Eugène Atget he had discovered a few years later.”

Paris 88/89 contains 21 of the Moriyama’s Paris photographs accompanied by the translation of his memoiries chapter dedicated to Paris as well as an unpublished interview with Jean-Kenta Gauthier.

About the Artist
Born 1938 in Osaka. After working as an assistant for photographers Takeji Iwamiya and Eikoh Hosoe, he went independent in 1964. He has been publishing his works in photography magazines among others, and received a New Artist Award from the Japan Photo Critics Association for Japan: A Photo Theater in 1967. Between 1968 and ’70 he was involved in the photo fanzine Provoke, and his style of grainy, high-contrast images that came to be referred to as “are, bure, boke” (grainy, blurry, out-of-focus) made an impact on the realm of photography.
(source akionagasawa.com)
moriyamadaido.com

About the Publisher
Poursuite is a french-based publisher directed by Benjamin Diguerher focused on photography and related topics.
poursuite-editions.org