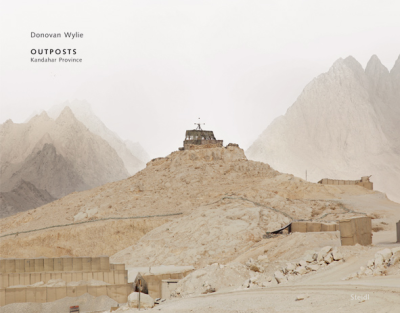 Outposts Kandahar Province presents Donovan Wylie’s photographs of Forward Operating Bases constructed in the Kandahar Province of Afghanistan. From 2006 to 2011, Canada sent nearly 3,000 military personnel to Afghanistan in support of NATO’s International Security Assistance Force. Serving alongside infantry and artillery, military engineers designed a network of outposts throughout the province. Built on natural promontories with multiple lines of sight, these outposts formed a protective visual architecture. They were frequently positioned on defensive locations established during earlier conflicts and represent reincarnations of past histories under new powers. The resulting images are the latest phase in Wylie’s interrogation of the architecture of modern conflict. The work was made on behalf of the Imperial War Museum in London and with generous support from the Bradford Fellowship in Photography.

About the Artist
Northern Irish photographer Donovan Wylie (born 1971) began taking photographs in his teens. Donovan Wylie based in Belfast. His work chronicles what he calls “the concept of vision as power in the architecture of contemporary conflict” – prison, army watchtowers and outposts, and listening stations – “merging documentary and art photography”.
donovanwylie.studio