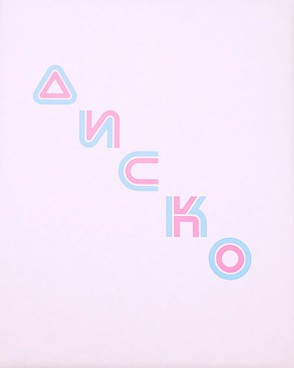 “The discos of Lithuania were once Soviet offices, detention centers, weapons storage, rare Lithuanian mushroom-packing plants… who knows? One can dream of their former incarnations and feel that, no matter how grim, they are being violently shoved into history by the hungry young bodies Andrew photographs. These fashionably thin embodiments are literally the heirs of hunger. Poured into Western jeans and poses, they look like bewildered time-travelers who emerged in these shifting prisons to liberate them for dance. Andrew’s photographs capture a generation born to bewilderment: the disko kids still carry the past in their eyes and hard-to-maintain indifference, but they are the creatures of a very brief moment in time, one that will never ever exist again except in these pictures. Miksys has caught a fleeting world that emanates death and hope in the pulses of ephemeral disco lights.” – Andrei Codrescu

About the Artist
Andrew Miksys’ photography has been shown internationally including exhibitions at the Seattle Art Museum, Vilnius Contemporary Art Centre, and De Apple Contemporary Arts Centre.  He has been the recipient of grants from the Guggenheim Foundation, Fulbright, and the Aaron Siskind Foundation.  Andrew’s work has appeared in many publications and online including The New Yorker, Harper’s, HOTSHOE, BuzzFeed, and VICE.
andrewmiksys.com