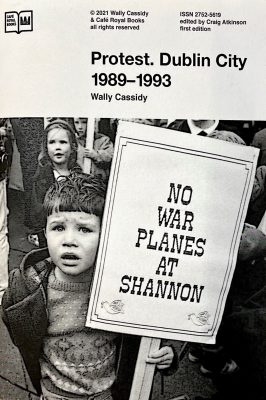 A black and white, street, photographic documentary of protest’s that took place in Dublin between 1989 and 1993.

About the Artist
Wally Cassidy is a Dublin based street photographer, specialising in black and white imagery.
wallycassidy.com