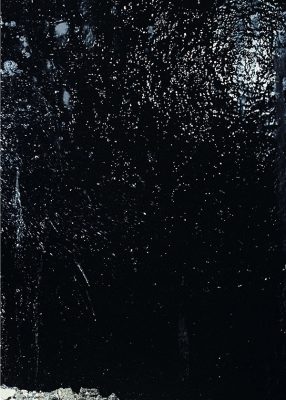 ‘The idea of love – in its myriad shapes and with its many meanings – has long inspired and provoked the human imagination. A central preoccupation of art, and life, it has been explored by countless artists in numerous forms and through several mediums. It is also the focus of Max Pinckers’s latest photobook Will They Sing Like Raindrops or Leave Me Thirsty that attempts to document and capture, stage and bring to life, the multiple facets of romance and marriage within a contemporary Indian context. Inspired and influenced by the paradigms of Bollywood, India’s Hindi cinema industry, these photographs offer a spectrum of scenarios that combine humour, pathos, allegory and drama to produce an elegiac and nuanced representation of the conception of love, with all its paradoxes and ironies, in India today. In a country that is constantly attempting to balance tradition and modernity, religious and secular values, the institution of marriage and the possibilities of romantic engagements are strongly bound to socio-cultural realities that are caught up in the push-and-pull of a nostalgic past and an imagined future. Pinckers’ remarkable sensitivity to the complexities of this diverse context is displayed not only through his treatment of the subject that never presumes or dictates, but also his use of kitsch as form to subtly evoke the ways in which Bollywood and related media industries inform and produce the idea of ‘love’ and what it means for a large section of young people.’ – Shilpa Vijayakrishnan on Will They Sing Like Raindrops or Leave Me Thirsty.
(source: http://www.maxpinckers.be/texts/shilpa-vijayakrishnan/)

About the Artist
Max Pinckers (b.1988, Brussels) grew up in Indonesia, India, Australia and Singapore, and is currently based in Brussels, Belgium. His work explores the critical, technological, and ideological structures that surround the production and consumption of documentary images. Documentary photography, for Pinckers, involves more than the representation of an external reality: it’s a speculative process that approaches reality and truth as plural, malleable notions open to articulation in different ways.
maxpinckers.be