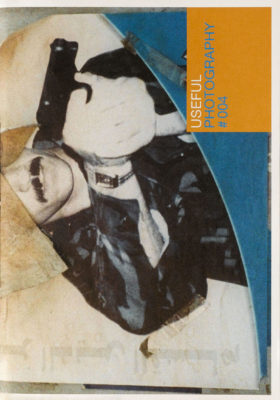 Posters of Palestinian suicide bombers before their mission are put up after their mission is accomplished. Documentation of the posters, reprinted in A3 format on mat paper. Folded in half and bound by cotton form the entire content of this ‘docartzine’. The centre fold printed on white paper references and translates each poster.

About the Artist
Ad van Denderen (1943) is interested in the ways people shape their daily lives under extraordinary circumstances. He is a socially engaged photographer who works within a broad political and social context. He regularly returns to places he has photographed in the past in order to document developments. Van Denderen trained in the 1960s at the Graphic Arts School in Utrecht, where his teacher Ata Kandó introduced him to photography. One of his most lauded projects is GoNoGo (2003), for which he spent fifteen years photographing immigrants, refugees and ‘illegals’ seeking a better life in Europe. Other long-term projects include So Blue So Blue (2003–2007), on life in the countries surrounding the Mediterranean Sea, and Welkom in Suid-Afrika (1990–1991/2004/2017–2018). In order to be able to operate independently, Ad van Denderen has always worked as a freelance photographer. His clients have included Vrij Nederland, De Groene Amsterdammer and The Independent. In 2007 he was awarded the Fonds BKVB (Netherlands Foundation for Visual Arts, Design and Architecture) oeuvre prize.
hansvandermeer.nl
(Source https://huismarseille.nl/en/exhibitions/ad-van-denderen/)