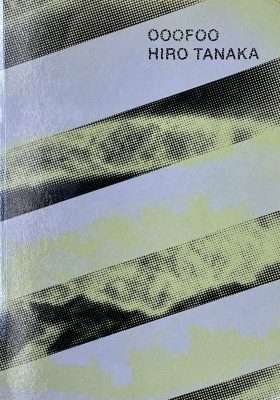 Tanaka took the photos in “OOOFOO” during wagon trips across the United States — having arrived in Minneapolis on the first ticket he happened to get, Tanaka met an indie band and began touring together with them. A few years into his new life, someone from the band gave him a camera and asked him to take pictures. That’s the genesis of this eclectic, colorful series.

In Tanaka’s images, the foodstuffs are almost transformed into abstract paintings or landscapes. Through familiar meals, Tanaka documents his life on the road, capturing airplane and diner meals and fast-food as something that seems strangely unfamiliar.

About the Photographer
Hiro Tanaka was born in Japan, an interesting coincidence led him to start taking photographs – after accidentally winning a free trip to the US through raffles at a shopping mall in Tokyo, Tanaka started travelling with punk bands in the United States and Europe, while documenting the tour life. He has won Cosmos Arles PDF Award (France), TPD Book Award (Italy) etc., shortlisted for several awards, has had received several grants, participated in residency programs in US, Europe and Asia. Published several monographs.
(Source https://dergreif-online.de/contributors/hiro-tanaka/)

About the Publisher
No information available