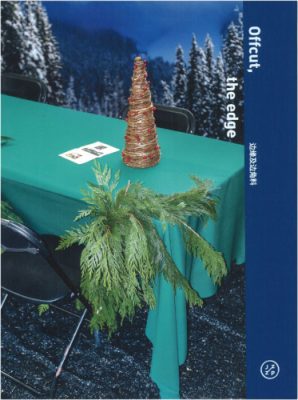 “I flew to San Francisco from Shanghai on August 11, 2014.The whole journey extended 9,872 miles, and the flight took 10 hours and 50 minutes. The time difference between Shanghai and San Francisco was 15 hours, so I took three days to get adjusted. I slept for at least ten hours each day.”

This series is based on my daily life and imagination. I keep a distance from the city I now live in. Landmarks, shopping malls and new neighbourhoods help me to construct an unreal city in images and memory: a fictitious city that is based on an actual place but that is transformed by an associative process. With people seeming to appear out of mist, the slightly off-kilter images connect to something odd but interesting. These images ask viewers to look again, to step closer and to investigate what might be there in that other dimension.

About the Publisher
Specialized in Chinese and East Asian Photobooks. They are based in Ningbo, China. Besides the publications by Jiazazhi Press, they also sell selective books by other publishers or self-published books by Chinese photographers, as well as some photobooks from other East Asian Countries.
jiazazhistore.com