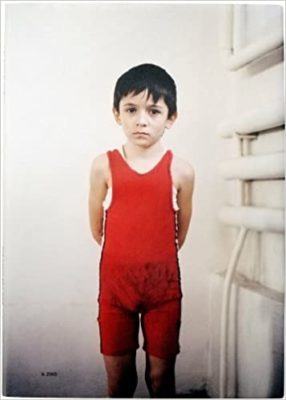 Series of small books, Sketch Book Series, consisting of outtakes and contact sheets from the making of The Sochi Project. This book features images taken at a wrestling club in Dagestan. Features pullout facsimile photo album printed on newsprint.