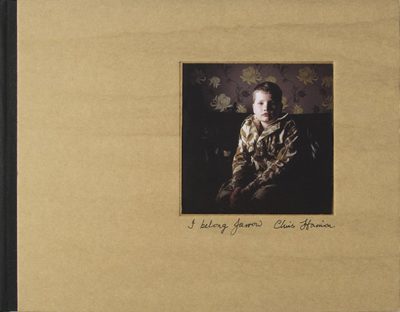 “I was born and brought up in Jarrow, a tough industrial town on the south bank of the river Tyne. It’s where I call home. I have lived abroad for more years than I care to admit. My Mother and Father are getting old and moving out of Jarrow, cutting me adrift with no way back. Finally, I have been forced to think about who I am and where I belong. I never wanted to leave Jarrow. I always imagined that one day I would make it my home. I realise now that I can never return. Somehow I traded knowledge of the outside world for some vital piece of me. With this realisation, I have returned home in order to try to establish how much of where I am from determines who I am, and to begin to understand why I can´t seem to let go. What makes Jarrow so special? It may have a rich history stretching back to pre-Roman times but this isn’t what makes it special to me. Rather, its relevance seems too be something essentially intangible. Is Jarrow a place that exists more in my imagination than in reality? Perhaps its essence is based on a collection of handed down stories rather than facts? Sadly, the places connected to these stories are disappearing fast and I feel the need to preserve them somehow, if only so that I can share them with my children. “Hopefully, by photographing the places I know intimately I can show something we all instinctively recognize; that, as L.P. Hartley said so eloquently “The past is a foreign country: they do things differently there”

About the Artist
Chris Harrison is a photographic artist from the North-East of England. Before graduating with an MA in photography from the Royal College of Art, he started as an apprentice at the local shipyard when he was 15 years old. It was later, while serving as a sniper in the British army that he took up photography. Harrison was awarded the 16th Bradford Fellowship in Photography at the National Media Museum for which he produced the work Copper Horses. His first monograph I Belong Jarrow was published by Schilt and is part of the North of England photography collection held by the Northern Gallery of Contemporary Art. His work has been shown widely including Arles Photo Festival, the Barbican, Tate Britain, the German Historical Museum and the Imperial War Museum, while his photographs are included in the collections of the V&A Museum, the Imperial War Museum, the National Media Museum, Bibliothèque Nationale de France, the Irish Gallery of Photography and the British Council.
chrisharrison.no

Schilt Publishing and Schilt Gallery are respectively a publishing house specialised in high quality photography books, and a commercial gallery representing a wide range of top class artists from all over the world.
schiltpublishing.com