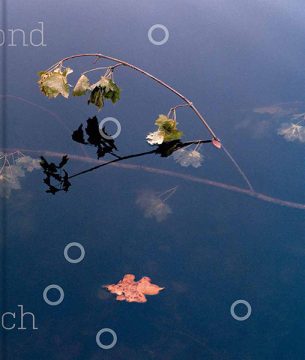 If one now embarks on a journey on foot or by bike along the 91 mile-long so-called Mauerweg (the wall trail) along the former border between West Berlin and Brandenburg, one is struck by the abundance of lush growth and woodland around the circumference of the city. But, travelling along the trail, now and again you come across memorials to people – often male, often young – who lost their lives trying to cross the border from East to West. At least 140 people were killed along the Berlin Wall or died as a direct result of the border regime between 1961 and 1989. In her book, Irish photographer Ethna O’Regan (b. 1971) takes the viewer on a visual journey using landscape as a metaphor in order to create a feeling of remembrance for the victims of the Berlin Wall.

About the Author
Ethna O’Regan (1971, Galway) studied photography at the Dublin Institute of Technology (DIT) and received a BA Hons Degree, 2007. She has produced photographic series in Ireland, America, Germany and the Ukraine and has exhibited them internationally.
ethnaoregan.com

About the Publisher
Founded in 1995, Kehrer Verlag Heidelberg Berlin specialises in books in the fields of photography, fine arts, and culture. Working together closely with international artists, authors, museums and cultural institutions, Kehrer Verlag creates its publications in alliance with Kehrer Design.
kehrerverlag.com