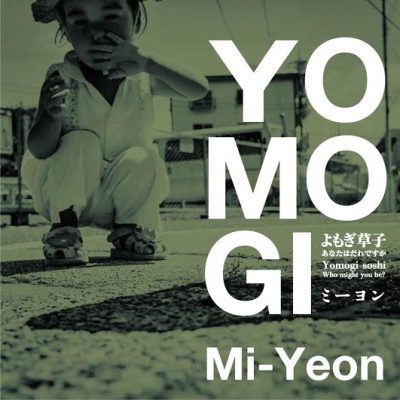 Who Might You Be? (Yomogi Soshi)
Mi-Yeon
Mado-sha
Japanese and English

This book is a collection of photos of “Himemkashi yomugi,” which has grown along a path that often goes through, in a fixed-point observational way to follow its growth. It was said that we continued shooting while passing in the morning and evening every day, but along with the growth process, we document the state of dying. In the background of the mugwort, there are figures of people who caress too much about the grass, and weed figures of loneliness, which can be said to be loneliness different from the kind of decorated flowers that people see It is a picture. In addition, the lens is directed to the weed that grows naturally in the wake of this yomogi, and we are looking at the grass of the roadside, the grass of the vacant land, etc. and the figure of the weary which is strong and strong. The poet Naoko Kudo’s poem “Who are you” is published as if he had projected himself to Himemkashi Yomugi.

One day, a single weed popped up along a route I often took to school. Rainy season had just begun, and the weed was shooting up, taller each time I saw it. I looked forward to monitoring the progress of that weed day-in, day-out as I passed by each morning and evening.

I wondered what landscape the weed saw – roots burrowed in the ground, spending its entire existence in the same place, unable to take a single independent step – and what it looked at. Lowering my camera to its level, lying flat on the ground, I peered through the viewfinder. Captured in the square frame, looked at, the weed was in turn looking.

About the Artist
Mi-Yeon was born in Seoul, South Korea. She graduated from Paris College of Photography, icart photo, France. She currently makes work and lives in Tokyo, Japan.
mi-yeon.jp

About the Publisher
Mado-sha is a Japanese publishing house based in Tokyo.