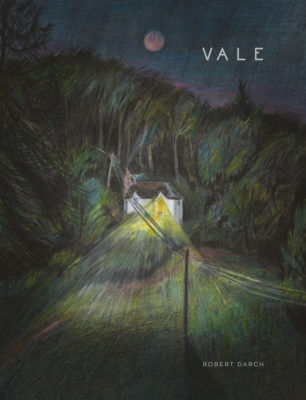 The expectation of a rural idyll is created from the outset; an archetypal English valley landscape pulled from a perfect composite memory. But this beauty is quickly undercut, disturbed by a cast of characters who seem unwilling or unable to play along with this bucolic vision. Darch has created a space where something else, below surface appearances, is happening. At the age of 22, Darch suffered from a minor stroke, followed by a period of ill-health which would affect him for the majority of his twenties. As a coping mechanism during convalescence, he retreated into a world of fictional narratives, of indoor spaces and eventually a physical move back to his familial home of Devon. Slowly, he began to reset his narratives, his place in the world, and the expectations of his youth. An unseen enemy threatening his own body and psyche was mitigated by escapism and wish-fulfilment.