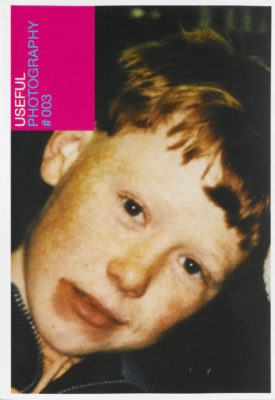 The people in Useful Photography #003 are all missing. Their photographs – studio portraits, snapshots, segments from snapshots, passport photo’s etc have been given to national missing persons helpline (NMPH) by their families or friends for the purpose of public appeals, unremarkable when they were made, these portrait images now have a vital significance.