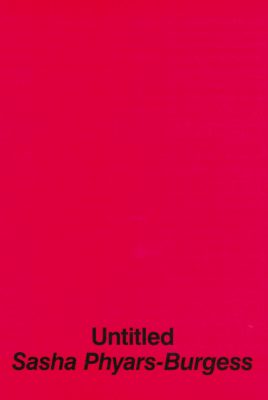 Sasha Phyars-Burgess’ first monograph Untitled spans three bodies of work including poems by Ser Alida and Aurora Masum-Javed, a conversation between Sasha Phyars-Burgess, Juliana Huxtable and Carolyn Lazard, and essay by Bill Gaskins. Untitled is an exploration in three series that span across various sites and spaces—from striking black-and-white photographs of daily life in Trinidad, to images of dance-hall crowds, to portraits of individuals taken in the US, Canada, and England. As a first-generation American born to Trinidadian parents, Phyars-Burgess explores her heritage and its complicated history through photography. Her photographs progress by turns gentle and meditative, expressive and vibrant. Untitled was the winner of the Paris Photo – Aperture Foundation First PhotoBook Award 2021.
(source: https://delpireandco.com/en/produit/untitled/ , https://becapricious.com/publications/untitled-by-sasha-phyars-burgess/)

About the Artist
Sasha Phyars-Burgess (b. 1988) is an American photographer born in Brooklyn, New York to Trinidadian parents, and raised in Bethlehem, Pennsylvania. She graduated from Bard college in 2010 with a BA in Photography where she studied with An-My Le, Tim Davis, Barbara Ess, Michael Vahrenwald, and Larry Fink. Upon graduation she worked for Larry Fink for one year before moving to Berlin, Germany and Trinidad and Tobago. She is interested in using photography education as community empowerment, the African diaspora, particularly in the Caribbean and Latin America, as well learning about Pennsylvania. She is a Scorpio.
sashaphyars-burgess.com
(source: https://www.cpw.org/artist/sasha-phyars-burgess/ , http://www.sashaphyars-burgess.com/about)

About the Publisher
Capricious is an arts foundation based in New York focused primarily on book publishing and an annual photo book award, with an emphasis on supporting intersectional, queer perspectives.
becapricious.com