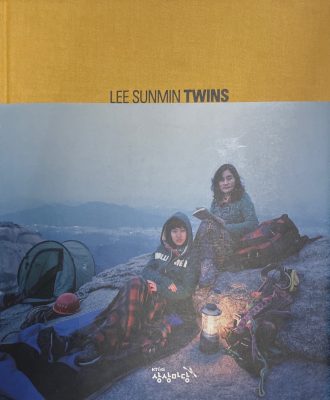 The word ‘family’ designates a group of people united by ties of blood and kinship and, more broadly, living under the same roof. Sunmin Lee divides the members of a household into pairs – father and son, mother and daughter – linked like twins by physical resemblance and mutual affection. She asks them to pose outdoors, identically dressed, and to look straight at the camera. In this way she reenacts her own childhood and her role as parent: but photographing a parent and his or her child sharing outdoor activities takes her back in memory to a time before Korea’s economic boom, when leisure was considered a luxury. Underlying Twins is an urge to demonstrate the ‘pecking order’ aspects of Korean society: in addition to her fantasy excursions into an idyllic natural world, Sunmin Lee observes her culture with a powerfully acute eye.

About the Artist
Born in Seoul in 1968, Sunmin Lee has a degree in Chinese Literature from Sungshin Women’s University and a master in photography from Hongik University. She is especially interested in Korean women’s place in society and the family, a subject she explored in The Woman’s House I & II and Twins I. Twins II, the series presented here, was six years in the making.
leesunmin.com

About the Publisher
KT&G Sangsang Madang, a multi-culture complex opened in September 2007, provides a great support in order to create new culture by proposing and sharing various fields of trends including performance, film screening, design, visual arts and education.
en.ktng.com