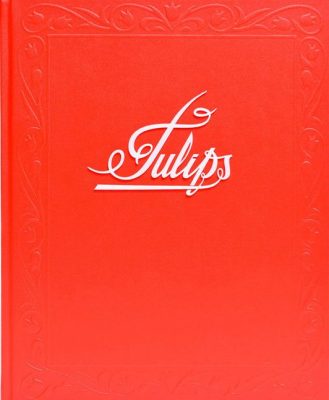 A photography book about contemporary Belarus by Andrew Miksys. TULIPS was chosen by TATE Modern photography curator, Simon Baker as one of best photobooks of 2016. Andrew Miksys began traveling regularly to Belarus in 2009 to photograph Victory Day, a holiday celebrating the Soviet victory over fascism and Nazi Germany. During the celebration, tractors, military equipment, and factory workers parade through the streets. Miksys returned year after year to photograph Victory Day and the other Soviet era holidays still celebrated in Belarus. “Andrew Miksys, a seasoned traveler, ventures into this outcrop of Soviet iconography with the eye of a trickster, searching for signs of intimacy and memory in a land of grand delusions. In Belarus, Soviet-style celebrations and repressions are not things of the past. This makes picturing Belarus a tricky proposition, for the space between permissible and forbidden is very narrow. Framing this slivered landscape requires mastering the art of persuasion, and the ability to revive the personal within the frames of the official. Knowing this, Miksys builds his Belorussian itinerary as a conceptual maneuver, following the ideological formulas of mass celebrations of Soviet history in expectation of finding memories of the future. In the search for the space in between, he builds his itinerary as a conceptual sleight of hand, following the ideological formulas in expectation of finding the human landscape. His photographs are not so much a record of Belarus in bloom – an archive of official jubilation – as a diorama of the solitude of the celebration. Elegiac in color, this marvelous exposé registers Belarus in disjunction. In his photographs of national holidays, Miksys enters not only the fractured nature of Belarus and its inherently split personality, but also the twofold reality of the country. He shows us the hollowness of history in the aftermath of ersatz Soviet celebrations.” – Laimonas Briedis

About the Artist
Andrew Miksys’ photography has been shown internationally including exhibitions at the Seattle Art Museum, Vilnius Contemporary Art Centre, and De Apple Contemporary Arts Centre.  He has been the recipient of grants from the Guggenheim Foundation, Fulbright, and the Aaron Siskind Foundation.  Andrew’s work has appeared in many publications and online including The New Yorker, Harper’s, HOTSHOE, BuzzFeed, and VICE.
andrewmiksys.com

About the Publisher
ARÖK is an independent publisher based in Vilnius, Lithuania founded by photographer Andrew Miksys.  In addition to publishing books, ARÖK, advises artists and photographers from around the world helping them print and publish their own books. ARÖK is also a resource for education about photobooks including workshops and hosting photobook events in Vilnius. ARÖK participates in several international book fairs including the New York Art Book Fair, LA Art Book Fair and OFFPRINT London.
arokbooks.com