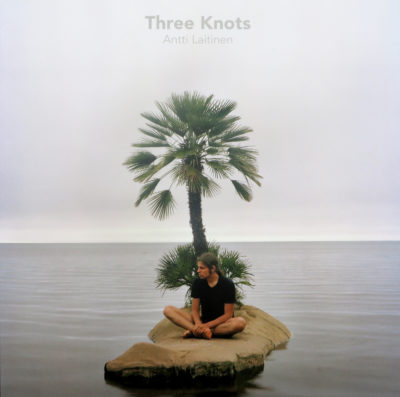 Antti Laitinen is one of the most interesting contemporary artists in Finland. He has lived naked in a forest for days without food and water; he has attempted to split the sea, has reconstructed a three, built up his own island and sailed over the Baltic Sea by a bark boat. As an artist Antti Laitinen does not want to explain his works with philosophical or theoretical terms. He wants them to speak directly to the viewer. Indeed his works can be seen as results of absurd ideas to deconstruct an object and then after long and hard hours of work to reconstruct it without any obvious purpose or profit. On the other hand his works can be also be interpreted as claims for independence and freedom or as criticizing the climate change. There is always a sense of honesty and true devotion in the actions of his projects that makes his art so powerful and universal.

About the Artist
Antti Laitinen, born in 1975, lives and works in Finland.
anttilaitinen.com

About the Publisher
Galleri Image is a non- profit exhibition space for photo-based art. It was founded in 1977 by a group of artists seeking to have the medium of photography recognised as an art form on an equal footing with painting and sculpture. Galleri Image was the first photographic gallery in Scandinavia, and for many years the only one of its kind in Denmark.