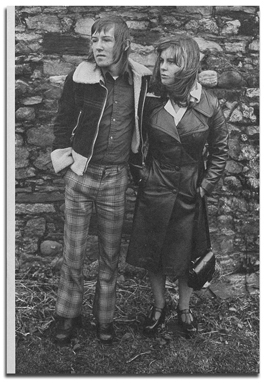 Freelance photographer in the early 1970s, Homer Sykes worked for magazines such as The Observer, The Telegraph, Time or Newsweek Magazine … and hand and cover the conflicts in the Middle East or Northern Ireland. But it is to his own country he quickly turned, questioning the customs and British customs. The first twenty years of his career were for him a true immersion in daily life, folklore and mutations of UK crisis in a society beset by doubt and reinventing itself through a pop-rock culture.

About the Artist
Homer Warwick Sykes (born 1949) is a Canadian-born British documentary photographer whose career has included personal projects and landscape photography.
About the Publisher
Poursuite is a french-based publisher directed by Benjamin Diguerher focused on photography and related topics.
poursuite-editions.org
Further Reading
https://www.theguardian.com/world/2021/may/01/homer-sykes-capturing-the-whimsy-folklore-and-festivals-of-britain