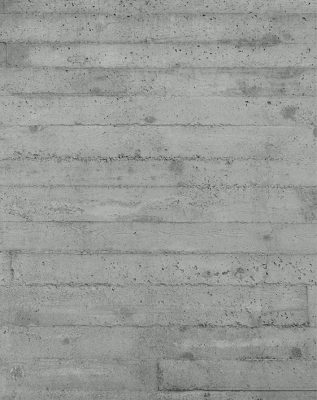 The concept of utopia is both tantalising and elusive. It exists as an ideal – a creation of the mind – yet it can’t be separated from the real place that inspires it. Projections of utopia reflect not what something is, but what it represents – a system of belief. Our mental constructions of utopia, whether they’re political or domestic, allow us to give meaning to the world, by believing it differently.

This conflict between the real and the ideal is inherent in the process of architecture -an intellectual ideal created through images, and translated into built form. The Radiant City takes one of the icons of modernism, the Unité d’Habitation in Marseille, as a starting point to explore the role of both architecture and photography in the construction of myth. Designed by Le Corbusier in 1952 as the “Radiant City”, the building was conceived as a prototype housing unit for the city of the future. These photographs were made at the Unité over 60 years later, in the summer of 2014. The persistence of the utopian impulse suggests that architecture is just the start: of inhabitation, of place making, of imagining. The search for Utopia is part of our daily process of seeing and constructing significance.
(source: https://www.lensculture.com/projects/112653-the-radiant-city)

About the Artist
Aisling McCoy is a Dublin-based Irish visual artist. Her work looks at how we inhabit and imagine place. Her background as an architect is central to her practice, which looks at the relationship between architecture as an intellectual concept, created through images, and its translation into built form. I’m particularly interested in the ideological aspect of inhabitation and the role of both architecture and photography in constructing the ideal.
aislingmccoy.com