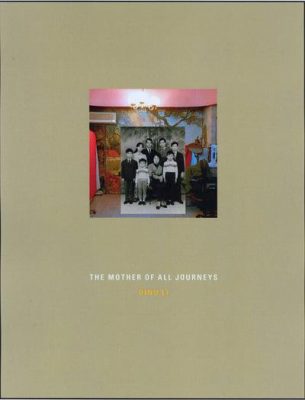 ‘The Mother of All Journeys’ charmingly examines the memories of the photographer’s mother and her journey from rural China to Manchester, with an intervening 20 or so years in Hong Kong. The book combines her old family snapshots with contemporary images taken by Li in all three locations. It delicately displays the poignancy of the family photograph, illustrating the gap between memory and present-day reality. We also learn much about the issues and difficulties surrounding immigration. With respect and sensitivity, photography can become a valuable form of therapy.

Inspired by the memories of his mother, originally told to Dinu Li as childhood bed-time stories, The Mother of All Journeys traces, through photographs and personal quotes, the story of a woman born in rural China and her escape to a new life via Hong Kong and eventually the industrial north of England.

Li collaborated with his mother, using each other’s recollections as starting points and comparing the actual with the images lodged in their minds. Li’s photographs tease out fragmented moments in time, charting rural traditions from 1920s China and the communist ideologies of the late 1940s. Spanning two decades from the mid 50s, Li turns his attention to a Hong Kong changing from fishing village to urban metropolis. Under British administration, it was a time of sweatshops and western influence. Finally Li focuses on Britain, from the resettlement of his family there in the 70s, at a time of strikes and de-industrialisation, through to the millennium, and an era of multiculturalism and globalisation.

Aided by family snapshots and Li’s mother’s narration, The Mother of All Journeys triggers a sense of repetition and nostalgia, invoking glimpses of the times we live in.

About The Author
Dinu Li was born in Hong Kong and currently lives and works in Cornwall, UK. Li is an interdisciplinary artist working with the moving image, photography, sculptural assemblages and performance. In his practice, Li examines the manifestation of culture in the everyday, finding new meaning to the familiar, making visible the seemingly invisible. Archives play an active role in Li’s work, and they are often used as points of departure for his projects. His methodology is research based, with an emphasis on appropriation and reconfiguration.
dinuli.com

About the Publisher
Autograph’s mission is to enable the public to explore identity, representation, human rights and social justice through work produced by artists who use photography and film.

Dewi Lewis Publishing is a partnership owned and run by Caroline Warhurst and Dewi Lewis.Founded in 1994, its photography list has an international reputation and has included books by leading British and international photographers such as Laia Abril, William Klein, Martin Parr, Simon Norfolk, Fay Godwin, Tom Wood, Sergio Larrain, Frank Horvat, John Blakemore, Paolo Pelegrin, Simon Roberts and Bruce Gilden. The aim of the company is to bring to the attention of a wider public, accessible but challenging contemporary photography by both established and lesser known practitioners. The company has a worldwide distribution network and is recognised as one of the leading photographic publishers in the world. It publishes around 20 new titles each year.  Dewi Lewis Publishing also works in close collaboration with a number of European publishers and was a founding member of The European Publishers Award for Photography, which ran from 1994 to 2016. In 2014 Dewi Lewis Publishing received the PHotoEspana’s prize for Outstanding Publishing House of the Year.
Dewilewis.com