The Longest Way Round 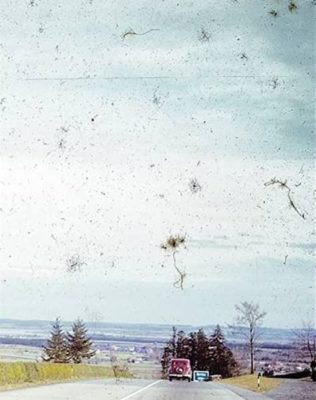 A visual investigation of the author’s family history, The Longest Way Round is a construct of historical images woven together with new photographs. Uncovering a treasure trove of archive material not intended for the family album, Dorley-Brown’s book presents a multi-layered alternative narrative for the course of events that shaped the late 20th century. Two Londoners born in 1920 embark on a series of journeys shaped by war, romance, and subsequent settlement in a seaside paradise. Unable and unwilling to recall their most traumatic experiences for their five children, a box of photographs, film negatives and letters was bequeathed to the youngest child ‐ a photographer. He attempts to form a new narrative with the archive, integrating his own pictures made in the UK and on travels through Europe that follow in the footsteps of his mother and father. During World War II, Dorley-Brown’s parents Peter and Brenda were not yet married, but had known each other as childhood friends. At age 19 Peter volunteered as a heavy artillery sergeant and survived the Battle of Crete, four years as a prisoner of war in German stalag camps, and a death march of more than 500 miles in extreme weather near the end of the war. Some of his photographs that were confiscated while a POW appear in this book. While captive at Stalag VIIA near Munich, Peter befriended a guard – Conrad Barnack – the son of Oskar Barnack who invented the Leica 35mm camera. Peter and Conrad would later reconnect after the war was over. Chris Dorley-Brown’s contemporary images resonate the effects of his family history on his own outlook decades later. This intimate book addresses subjects of personal identity and memory, and offers potential for a sense of closure for the author.

About the Artist
Chris Dorley-Brown set up his own photographic practice in 1984 concentrating on documenting East London. In a series of residencies and commissions focussing on social housing, workplaces, hospitals and architecture, he has established a substantial archive of images that are re-purposed and re-contextualised for distribution via web, film, exhibition and publication. Project partners have included the BBC, Museum of London, Homerton Hospital, the Wellcome Collection and various London Borough archives. He often works with re-energising existing archival material as part of creating new works. Recent publications include photo books The Longest Way Round (Overlapse, 2015), Drivers in the 1980s (Hoxton Mini-Press, 2015), The Corners (Hoxton Mini-Press, 2018) and The East End in Colour: The Photography of David Granick (Hoxton Mini-Press, 2018). Chris lives and works in East London.

About the Publisher
Overlapse is an independent visual arts and photobooks publisher. They collaborate closely with photographers and artists to create unique, desirable, and beautifully produced books that highlight enduring and universal themes.