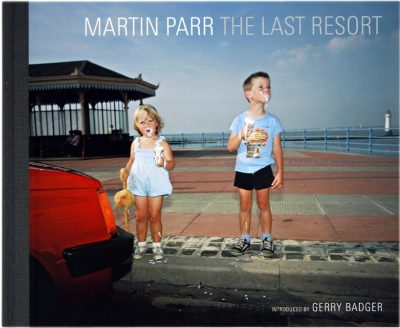 When Martin Parr’s The Last Resort was first published and exhibited in 1986 it divided both critics and audiences alike. Some saw it as the ‘finest achievement to date’ of colour photography in Britain whilst others viewed it as ‘an aberration’. However it was viewed, it was undoubtedly a sharp, bitter satire of the Britain of the Thatcher years. With the benefit of hindsight there is little doubt that it transformed documentary photography in Britain and placed Parr amongst the world’s leading photographers. The book is now recognised as a ‘classic’ and early editions are highly sought by collectors worldwide.

About the Author:
Gerry Badger is a photographer, architect, and photographic critic. He has written extensively for the photographic press, and has curated a number of exhibitions, including The Photographer as Printmaker (1980) for the Arts Council of Great Britain, and Through the Looking Glass: Post-war British Photography (1989) for the Barbican Arts Centre, London.
Author Website