Teens (In their rooms) 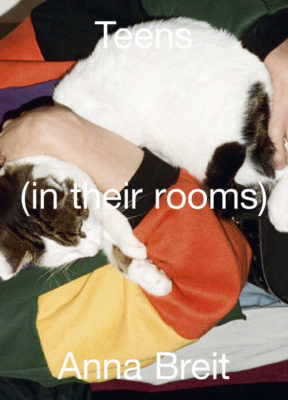 ‘Teens (in their rooms)’ is photographer Anna Breit’s first book. The series of photographs uses the aesthetic resources of photojournalism to depict teenagers in their rooms.The book begins with the phrase ‘The Kids Are United’, a commentary on the counterculture and a reference also to the photographer’s own youth. In her mostly analogue photographic work, Anna Breit usually focuses on depicting people from her immediate personal surroundings. But for this series, she got to know her protagonists out on the street and through social media. Included with the book is a poster.

About the Artist
Anna Breit b.1991 in Vienna, Austria. Lives and works in Vienna.

About the Publisher
FOTOHOF has been publishing books and catalogues by Austrian and international photographers since its foundation in 1981.
Over 300 mainly monographic titles have been published so far, generating a publishing house with international distribution channels.