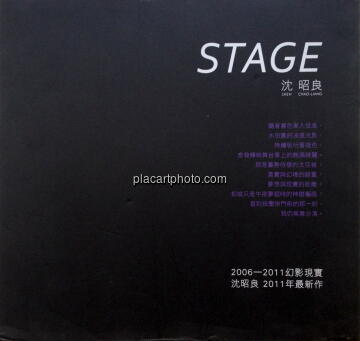 Performing groups in the form of cabarets, song and dance ensembles, recreational bands, or even in the name of entertainment companies, are mobile performing troupes endemic to Taiwan, where their customer base and show content are inextricably interlinked. They have been around since the 1970s, with song and dance performances as their principal act, and have made regular appearances in all sorts of occasions — from weddings, funerals to festivities. Stage trucks, the subject of this photo series, are mobile “carriers” exploited by the said performing groups still active and widespread in Taiwan’s plebeian society, molding the collective memory of the Taiwanese people.

About the Artist
Shen Chao-Liang was born in Tainan, Taiwan, in 1968. He obtained his master degree from the Graduate School of the Applied Media Arts, National Taiwan University of Arts. He worked as a photojournalist and Vice Convenor for the Entertainment, Art and Literature News Center of the Liberty Times, and the Artist in Residence at National Central University, Taiwan. Shen has been dedicated to feature photography since 1993. From his early works of Reflections of Nan-Fang-Ao (2001) to the latter series of YULAN Magnolia Flower (2008), Tsukiji Fish Market (2010) and STAGE (2011), he has been recognized by his sophisticated style of image creation and commitment to documenting the evolution of Taiwan society.