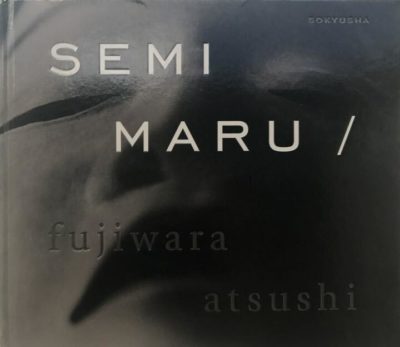 Shiga, Japan. It is the place the artist lived from primary school to his mid-twenties, where his parents, siblings and childhood friends continue to live, and is unquestionably the place Atsushi would still call home. Despite having lived elsewhere for more than half of his life now, “home” remains an object of longing while retaining a troublesome, at times intractable resonance, and continues to ensnare him.

Senimaru is a piece from Japanese classical Noh theatre. The prince Senimaru, exiled to Osaka Mountain by his father, Emperor Engi, because he is blind, encounters his sister Sakagami who is afflicted with a strange illness with her hair standing on end, and they lament their misfortunes.

So is this the grat divide of Mount Osaka, where strangers and acquaintances, people coming and people going, meet and part ways – Semimaru.
Nearing the end of cherry blossom season, the notes of Semimaru’s biwa lute echoing in the artist’s thoughts, Atsushi sets out on these walks and wanderings.