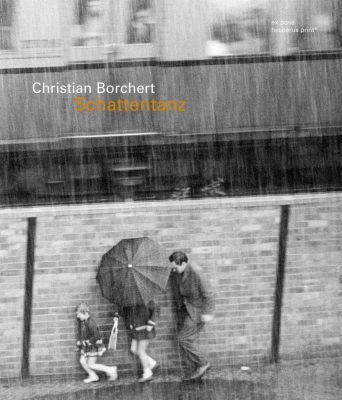 Christian Borchert (1942–2000) saw himself as a documentarian who wanted to reproduce his observations faithfully and without effects. Lovingly, yet unsentimentally, he saw his compatriots in East Germany in the second half of the 20th century. Mainly on his own behalf, he did street photography in the tradition of “human interest”. His focus was on the everyday, the unspectacular. A fine sense of humor runs through his pictures. The portraits are characterized by respect for the sitter. He paid attention to children and the elderly, loners, couples and groups, especially women and their changed public image. Borchert was a discreet chronicler of his time.

About the Artist
Christian Borchert (1942–2000) is one of the outstanding photographers of the GDR and reunified Germany. Born in Dresden and mainly active in Berlin and his hometown, he has developed a visual language that is as cautious as it is haunting with his distanced, analytical photographs.
(source https://kupferstich-kabinett.skd.museum/ausstellungen/christian-borchert-tektonik-der-erinnerung/)

About the Publisher
ex pose verlag was established in Westberlin in 1986. They publish contemporary photographic work  especially focused on Eastern Europe.
expose-verlag.de