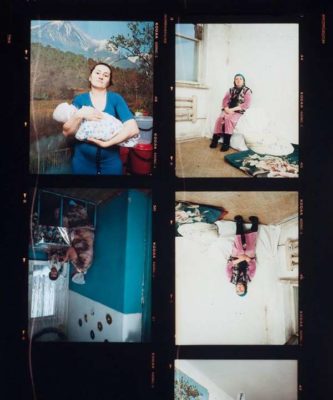 Series of small books, Sketch Book Series, consisting of outtakes and contact sheets from the making of The Sochi Project. The images in this book were damaged by X-ray machines and could not be used in the final project. Features pullout facsimile photo album printed on newsprint.