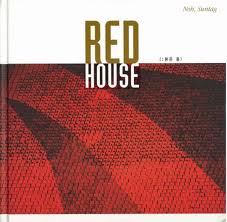 Noh Suntag captures violence in Korean Society, showing how it drives towards brutality and savagery. Red House focuses on the pursuit of power and suppression stemming from the political division of the Korean peninsula.

Korean photographer NOH Suntag (1971 in Seoul), who works in both North and South Korea, is interested in the ambivalences and breaches within and between these two societies: their mirroring relationship, the military presence and ideological extremes on both sides, the relationship between the individual and the masses, and violent situations that penetrate everyday life in the South as well as the North, which are as subtle as they are open.

This ambivalence finds its counterpart in NOH’s unconventional photographic aesthetics, which combines the documentary with the fictional, the snapshot with strict composition. His series of black-and-white as well as color photographs, which are usually developed over a number of years, scrutinize the conflict situations in contemporary Korean society. The image of Korea NOH develops in the process is one of a permanent state of emergency.

About the Artist
Noh Suntag (b. 1971) produces photographs that detail real-life situations directly related to the division of Korea. He shows how deeply the division has permeated the daily lives of the Korean people and has thus distorted the entire society. After beginning his career as a documentary photojournalist, Noh has published many books of photography: Fragrance of the Division (2005); Strange Ball (2006), Red Frame (2007), State of Emergency (2008), Good, Murder (2010), Hear the Song of Gureombi (2011), The Forgetting Machine (2012) and Looking for the Lost Thermos (2013). The overall theme penetrating all of these works is how the division “functions through malfunctioning.” Noh uses his photography to explore how images related to the division ideology are distributed and consumed in Korean society.
koreaartistprize.org/en/project/noh-suntag/