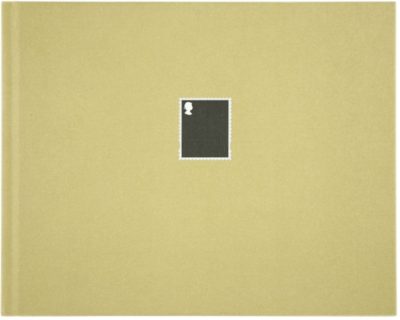 Queen and Country was created by Steve McQueen in response to his 2003 commission by the Imperial War Museum’s Art Commissions Committee to create a work in response to the war in Iraq. Inspired by the dedication and selflessness of the servicemen and women he met in Basra in 2003, McQueen devised the concept that each of the soldiers killed in the conflict be commemorated on official postage stamps. Using images selected by the families of the deceased, full sheets of stamps, one per soldier with their name and date of death, are displayed in vertical sliding drawers contained in an oak cabinet. Neither for nor against the war, Queen and Country, McQueen’s dignified and moving response to his commission as war artist, is a work of personal tribute and commemoration, in his own words: ‘An official set of Royal Mail stamps struck me as an intimate but distinguished way of highlighting the sacrifice of individuals in defence of our national ideals. The stamps would focus on individual experience without euphemism. It would form an intimate reflection of national loss that would involve the families of the dead and permeate the everyday every household and every office.’ Commissioned by the British Council in association with The Art Fund, Imperial War Museum and Manchester International Festival. This commemorative book featuring 160 service men and women has been published on the occasion of the display of the work at the National Portrait Gallery, London, 20 March – 18 July 2010.

About the Artist
Sir Steve Rodney McQueen (born 9 October 1969) is a British film director, screenwriter, film producer, television writer, television producer, and television director. He is known for his award-winning film 12 Years a Slave (2013), an adaptation of Solomon Northup’s 1853 slave narrative memoir. He also directed and co-wrote Hunger (2008), a historical drama about the 1981 Irish hunger strike, Shame (2011), a drama about an executive struggling with sex addiction, and Widows (2018), an adaptation of the British television series of the same name set in contemporary Chicago. In 2020, he released Small Axe, a collection of five films “set within London’s West Indian community from the late 1960s to the early ’80s”. For his artwork, McQueen has received the Turner Prize, the highest award given to a British visual artist. In 2006, he produced Queen and Country, which commemorates the deaths of British soldiers in Iraq by presenting their portraits as a sheet of stamps. For services to the visual arts, he was appointed Commander of the Order of the British Empire in 2011. For 12 Years a Slave, he won the Academy Award for Best Picture, the BAFTA Award for Best Film, the Golden Globe Award for Best Motion Picture – Drama, and the New York Film Critics Circle Award for Best Director. McQueen is the first black filmmaker to win the Academy Award for Best Picture.
(source)

About the Publisher
The British Council builds connections, understanding and trust between people in the UK and other countries through arts and culture, education and the English language.
britishcouncil.org