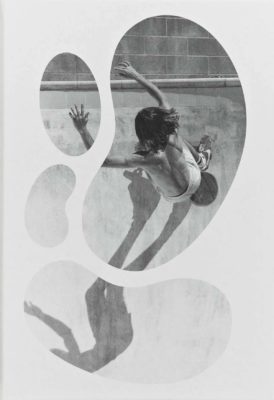 ‘Pools’ pays tribute to the work of Craig Fineman, who, sadly is no longer with us. Although this collection can realistically be measured as a small sliver in the grand scope of time for skateboarding — and even surfing given the influence found in modern surfing that can be attributed to what went on in those pools– this intimate look at a late 1970‘s pool skating session is captured in black and white as only Craig could do. Known for his artistic approach to photographing the burgeoning late ‘70‘s surfing and skateboarding scene, Fineman took into consideration the overall aesthetics of a photograph. Unique angles and composition, intertwined with an almost architectural feel were hallmarks of Craig’s work. To further enhance said elements of his photography, each photo is presented in a distinct way offering a feel of the gravity of the situation, while highlighting the gracefully flowing movements taking place.

About the Artist
Craig Fineman (1952-2003) is known for his artistic approach to photographing the burgeoning late ‘70‘s surfing and skateboarding scene. Fineman took into consideration the overall aesthetics of a photograph using unique angles and composition.

About the Publisher
Dashwood Books opened in September 2005, located in NoHo at 33 Bond Street between Bowery and Lafayette, it has become a destination for artists, collectors and art directors from all over the world as well as a valued source for the fashion, advertising and film industries, and anyone interested in artist’s books and monographs.Beginning in 2008, Dashwood has pursued an extensive publishing program, collaborating with internationally recognised artists and graphic designers to produce monographs on photography and drawing, anthologies on youth culture, and a plethora of artist’s zines and posters.