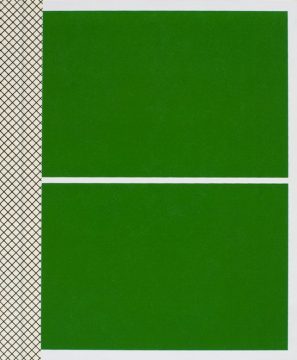 “Ping-pong is a life style, a training in attention, a diversion, a mad passion and a way of not taking anything important too seriously and taking some tiny things much too seriously.” – Pico Iyer

“Ideally, the last picture in this book would show me pumping my fist in brutish victory.” – Geoff Dyer

For several years, Alec Soth has combined his passion for both table tennis and photography by collecting vernacular ping-pong photographs. With this publication, Soth asked Geoff Dyer and Pico Iyer, writers and fellow table tennis enthusiasts, to respond to these pictures by engaging in a kind of literary ping-pong match.

About the Artists
Geoff Dyer is an English writer. He is the author of four novels and seven books of non-fiction, which have won a number of literary awards and been translated into 24 languages.

Siddharth Pico Raghavan Iyer, known as Pico Iyer, is a British-born essayist and novelist of Indian origin, best known for his travel writing.

Alec Soth (b. 1969) is a photographer born and based in Minneapolis, Minnesota. His photographs have been featured in numerous solo and group exhibitions, including the 2004 Whitney and São Paulo Biennials. Soth has been the recipient of numerous fellowships and awards, including the Guggenheim Fellowship (2013). In 2008, Soth started his own publishing company, Little Brown Mushroom. Soth is represented by Sean Kelly in New York, Weinstein Gallery in Minneapolis, Fraenkel Gallery in San Francisco, and is a member of Magnum Photos.

About the Publisher
Little Brown Mushroom (LBM), Established in 2008 by Alec Soth,is a small publishing house located in St. Paul, Minnesota. Working closely with photographers, writers and designers, LBM is committed to experimenting with new ways of creating and distributing visual stories.