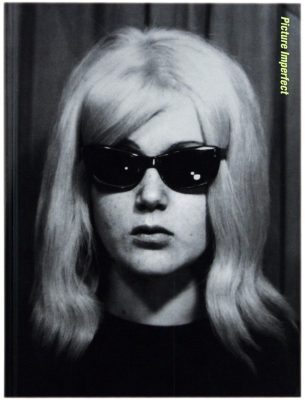 I met Beth in 1983. Years of sex work and drug addiction would follow, then decades of ardous struggle to recover, to find inner balance. When The Book of Beth was published she stopped being a sex worker. Equipped with a set of slides she gave talks about her life in the education system. In 1994 she gave me a call, she had fell in love and wanted me to meet Kim, her man. This was the beginning of the second book and the film. Today Beth and Kim have lived together for 27 years. Now almost 40 years later we have made three books, The Book of Beth (1988), Picture Imperfect (2007), and Where I am now (2012). The film Beth’s Diary partly recorded by Beth won an award as Best Short Documentary in Denmark (2006). Fred Ritchin writes in his text Beyond the Rectangles “ For me, an image that endures from this long collaboration, one that I have never seen, is of Beth on a Copenhagen stage accepting, to great applause, the award for her film. ”

In family albums we often see parents and children, brothers and sisters, husbands and wives, aspiring to look their best in the photographs. They will often respond to the camera by posing together, forcing glazed smiles while affirming the family bond. Looking at the lens for approval they may inuit that someone – perhaps even themselves- will return the gaze decades later, searching the image for its hidden meanings.
Framed in ways they cannot completely control, vulnerable and mute, they may be concerned tha one day they will be judged. Will they appear succesful? Handsome? Beautiful? With enough dignity, money and status? Will their lives be thought worthwhile? Might they appear once to have been desirable? Cute? Loved?

In Beth’s case, the façade was barely sustained. Perfection, even of the official, superficial photographic kind, vanished all too quickly. Now Beth’s all-too-public family album, circumscribed by the limitations of well-intentioned social service agencies, eroded at its core by the malignancy of her family`s cancerous emotions, was rapidly gutted, its pages sadly renouncing even the intimations of Paradiso while parading various forms of hell.

Excerpt from Beyond the Rectangles by Fred Ritchin
(source https://kentklich.com/projects/picture-imperfect)

About the Artist
Kent Klich was born 1952 in Sweden. He studied psychology at the University of Gothenburg, Sweden and photography at International Center of Photography, New York, USA. He joined Magnum in 1998 and left in 2002. Kent Klich is a visual artist and educator working within the fields of photography and film, slow journalism, and collaborative methodologies of image-making and representation.    He focuses on the interconnection between disciplines; an image never stands alone but links with language, objects, sounds, and documents. His work narrates the social and political realities that we inhabit in their complexities by questioning and creating a multiplicity of entry points into unresolved issues, giving room to critical reflection as much as a space for emotional engagement.   Areas of work; Denmark, Mexico, Romania, Palestine/Israel and Russia.
kentklich.com
(source https://www.kentklich.com/about)