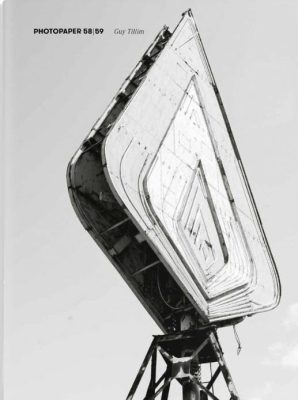 In Hotel Universo I didn’t set out to photograph vestiges of colonial power, I was simply fascinated by the place I found myself in, the sensation of it, and the feeling of being utterly lost in fact, so different was this environment from the one I grew up in. To my mind’s eye these modernist colonial structures became museums of themselves, frozen in time. It felt strange to walk amongst them. It felt as if I were in a kind of labyrinth, one from which I secretly hoped I would never quite emerge, or maybe, one from which I would emerge and discover a new world. History is perpetually contentious. There is always a battle for ownership of the past—if you can own the past you control the future, by inventing or perpetuating some myth of yourself, or your culture, or group. I think we’d be a lot better off if we abandoned that quest, but I suppose these myths are central to control of people. I think memorial, or visual memory should be more neutral, or at least abstracted, particularly if something didn’t happen to you. I didn’t live in these buildings. I tried not to photograph them in a hyper-critical way, tried to avoid being a connoisseur of decay. I know someone might take issue with this and say, well, these buildings are in a state of dilapidation, and therefore an attempted metaphor for the African condition of a certain era. But its not my intention to look at these places this way, I only wanted to provide a window onto a world.- Guy Tillim
(source: https://photopaper.world/portfolio-item/58-59-guy-tillim/)

About the Artist
Guy Tillim was born in Johannesburg in 1962 and lives in Vermaaklikheid in South Africa. He started photographing professionally in 1986, working with the Afrapix collective until 1990. His work as a freelance photographer in South Africa for the local and foreign media included positions with Reuters between 1986 and 1988, and Agence France Presse in 1993 and 1994. Tillim has received awards for his work, including the 2004 Daimler-Chrysler Award for South African photography; the Leica Oskar Barnack Award in 2005; the first Robert Gardner Fellowship in Photography from the Peabody Museum at Harvard University in 2006; the Quai Branly Photography Residencies in 2015, and the Henri Cartier-Bresson Award in 2017. His work was included in Documenta 12 in 2007, the São Paulo Biennial in 2006, and the touring exhibition Africa Remix (2004-2007), presented at the Centre Pompidou in 2004.
(source: https://photopaper.world/portfolio-item/58-59-guy-tillim/)