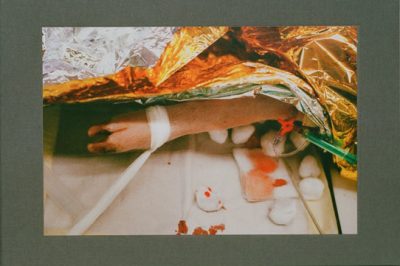 The series of photographs in this book was created during six months of continual visits to the laboratory. Zapatka’s engagement with his photographic subjects over this period of time resulted in images that speak of both proximity and ambivalence. There is a fluidity to the boundary between animal and human. There is Zapatka’s obvious and deep appreciation of his subjects, with a stance that remains free of judgement. His perspective is personal, yet his images speak a universal language.

About the Artist
Beginning his photographic career as a portrait photographer, Zapatka’s interests lay initially in fashion and art photography. Over the last number of years Zapatka’s main focus has concentrated on sociological changes in German society. His approach can be described as highlighting important issues in small, everyday life stories where education is often a subject.
fabian-zapatka.de

About the Publisher
Distance Over Time is a Berlin based publishing house. They are interested in publishing work that is inquisitive, thoughtful and conceptual; whether it’s painting, photography, writing or otherwise.
distovertime.tumblr.com