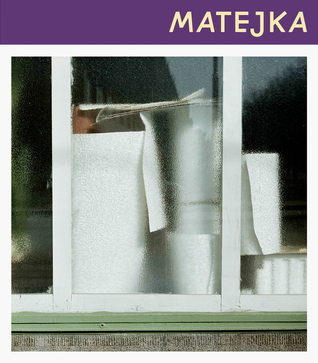 The fourth publication by Aurel Hrabušický and Filip Vanča from the edition Osobnosti slovenskéj fotografie presents a selection from the work of Ivan Matejka (1942). This outstanding photographic talent became a pioneer of art-oriented photography in Slovakia in his youth. Artistic (so-called artistic) photographers, after years of the dictates of socialist realism, tried to free photography from the faithful reproduction of reality in order to create an autonomous work of art. Matejka was among those who went the furthest in this direction. Unlike his colleagues, he almost never intervened in the technological processes of creating a picture, but was content with the basic functions of the camera. In his presentation, the neglected scenes of real socialism were transformed into detailed, refined aesthetic objects.
(source: https://www.slovart.sk/buxus/generate_page.php?page_id=33231)

About the Series
The series presents the biggest personalities of photography in Slovakia, curated and edited by Aurel Hrabušický and Filip Vančo.
slovart.sk

About the Artist
Ivan Matejka was born in 1942 and was predominantly inspired creatively by the 1960s. The 1960s were an explosive decade internationally, bearing witness to proliferation of modernist ideas and trends. It was the era of Kennedy and Kruschev, and the beginning of the Cold War, which would endure for most of the second half of the 20th century, and was characterised most symbolically by the construction of the Berlin Wall in 1961. The Iron Curtain divided Eastern and Western Europe, both ideologically and literally, and student political uprisings took place around the world. Psychedelia, an massive increase in consumerism, and the associated trends of marketing and advertising further defined the era. Minimalism developed a formal language with no external references, focused solely on line, colour and geometric form as key components of both painting and sculpture. The key figures of Minimalism included Frank Stella, Donald Judd and Agnes Martin. Pop Art was a powerful offshoot of minimalism, a discipline made famous by through the work of artists like Victor Vasarely and Bridget Riley. Globally, many artistic movements echoed the creative concerns of the above mentioned movements, often with regional specialisms and nuance. In Italy, Lucio Fontana and Piero Manzoni established Spatialism, and in Germany the Zero group under the leadership of Gunter Uecker adopted similar ideas. The influential school of Existentialist Philosophy was an important source of inspiration for creatives, with artists like Francis Bacon and Alberto Giacometti achieving international prominence for their distinguishing approaches to the human form and the angst related to the human condition.
(source: https://www.artland.com/artists/ivan-matejka)

About the Publisher
The Slovart publishing house has been operating on the Slovak book market since 1991. From the beginning, we have tried to bring our readers books in which content and form play an equally important role, that is, in which high-quality and demanding content is combined with polygraphically and artistically flawless form.
slovart.sk