People in Trouble Laughing Pushed to the Ground 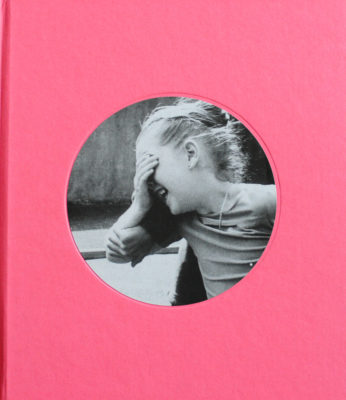 Photographers Adam Broomberg and Oliver Chanarin dove into the Belfast Exposed photography archive and created a photobook called “People in Trouble, Laughing, Pushed to the Ground” published by Mack. The archive was founded in 1983 and contains over half a million images, from which over 14,000 black-and-white contact sheets documenting the Troubles in Northern Ireland. These photos were taken by professional and amateur photographers and were censored by the government. As a response to that, Belfast Exposed started to collect all these images, not only showing protest and terror but also people drinking, kissing and smoking.

About the Artists
Broomberg and Chanarin is made up of artists, Adam Broomberg (b. 1970) and Oliver Chanarin (b. 1971) who live and work in London. Together they have had numerous international exhibitions. Their work is represented in major public and private collections. They were awarded the Deutsche Börse Photography Prize for their book War Primer 2, described as a “book that physically inhabits the pages of Bertolt Brecht’s remarkable 1955 publication War Primer.” They were awarded the International Center of Photography Infinity Award for their publication, Holy Bible. Broomberg and Chanarin founded the imprint Chopped Liver Press to publish and sell their own books as well as those by other artists.