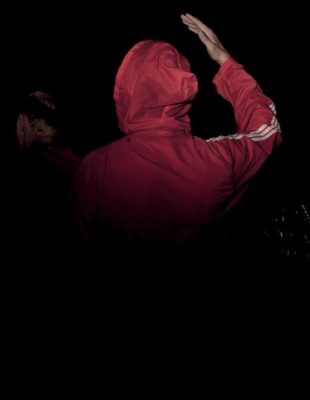 Overnight Generation is a portrait of Sarajevo and a tribute to its young citizens: a generation that had to grow up overnight, while we were asleep.

Overnight Generation is a post-clash reportage over the complex shades that being young adults can assume in the contemporary Sarajevo. A research on a fascinating, complex, and often unknown European capital, plagued by what has been acknowledged as the longest siege in modern history.

It appears to be a common belief that Sarajevo is recovering from its post-war trauma, but is that true? And what happened to the children of the conflict? Unlike other efforts that have been done to explore their lives, Overnight Generation does not aim to illustrate the physical damage done to them during the armed struggle, but rather portrays the character of a more subtle violence: the ordinary drama of a post-war existence; a subtle curse that follows every one of the young citizens who had to hide his or her best years behind the curtain of the conflict, and grow up overnight, while the rest of us were sleeping.

Overnight Generation is a book which intent is not to allocate blame, but rather to portray the efforts of a group of fellows, that sometimes could not have the chance to do things better, but in most of the cases exceeded all the expectations. It is a tribute to Sarajevo and to its young citizens: an insight into the lives of those affected by the war, an analysis on how its consequences have grown into a generational disease.

About the Artist
Italo Morales is a Venezuelan born photographer currently based in Brussels, Belgium. Italo spent several years studying photography at the College of Arts of Florida International University and at Ecole de Photographie de la Ville de Bruxelles. He recently completed an MA in Photojournalism and Documentary Photography at London College of Communication, his final project being Overnight Generation.
imorales.italomorales.com

About the Publisher
Verlag Kettler are a German publishing house, who pride themselves in combining first-rate, high-quality production with custom design.
verlag-kettler.de