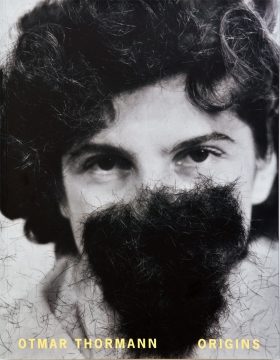 Otmar Thormann’s Origins takes the form of an artist book sustained by the artist’s own collection of photographs, its stringent selection by the photographer himself resulting in an immutable sequence. The spectrum ranges from the street photography of his early beginnings, with gloomy images of post-war Graz and Vienna, to the surrealism-influenced still lifes taken in his Stockholm studio since the 1970s. On this (equally autobiographical) quest for the origins of his interest in photography, Otmar Thormann has delved deep into the strata of his oeuvre and his own persona, linking his classic photographs (which include early family photos of his father) into an associative medley of images. References to Josef Sudek are hinted at alongside reminiscences of Hans Bellmer and Christer Stromhölm. The book is complemented by eleven short stories by the artist which, tersely yet mysteriously, relate in flashback to the author’s sense of wonder at the strange incidents and events in his (photographic) life.
(source: http://www.artbooks.xyz/books/origins)

About the Artist
Otmar Thormann was born in 1944 in Graz, Austria. He lives and works in Stockholm, Sweden.
otmarthormann.com

About the Publisher
FOTOHOF edition has been publishing books and catalogues by Austrian and international photographers since its foundation in 1981. Over 200 mainly monographic titles have been published so far, generating a publishing house with international distribution channels.
fotohof.net
(source: http://kleinfairlage.de/fotohof-verlag)