Only the fires say 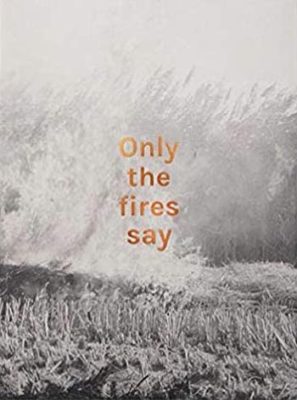 Through a methodical sequencing, Only the fires say forms a visual and perceptual story. The assonant and dissonant impressions (hot and cold, full and void, slow and fast) are prompted by subtle transitions, each image being “read” in the light of its predecessor. The idea of combustion is suggested in the work’s very first image. It therefore introduces a leitmotiv that runs throughout the book, the fires announcing the end of a season.

About the Artist
Alan Eglinton (b. 1980) is a British photographer who often combines his pictures with his poetry or diaristic writings. He received a BA Hons degree in Film studies from the Université Paul Valéry in Montpellier (2003) and an MFA degree from the French National School of Photography (2006). He works on personal and commercial photographic projects across the U.K., in France and in East Asia (South Korea, Japan, Taiwan). His work has been shown at Le Bal (Paris), at the Michèle Chomette gallery (Paris), in the f/stop Festival für Fotografie in Leipzig and in publications such as Le Monde, Le Tigre, The Purple Journal, Photonet Magazine and Inframince, an annual publication by the French National School of Photography. He has run black and white film photography and photobook workshops in Paris, Seoul and Taipei. He’s currently based in Edinburgh.