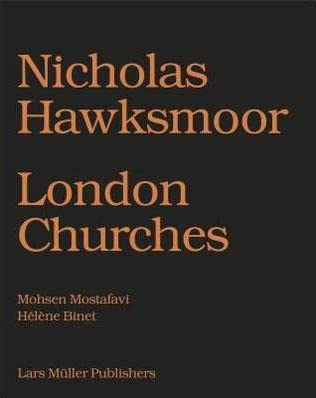 British architect Nicholas Hawksmoor (approx. 1661–1736) is recognized as one of the major contributors to the traditions of British and European architectural culture. Nevertheless, there is insufficient visual documentation and analysis of his work. Nicholas Hawksmoor: London Churches reconsiders his architecture in relation to urbanism. The publication focuses on a series of important London churches the architect designed during the early part of the eighteenth century. The key distinguishing features of these churches are their spires, each designed with different qualities and motifs. While Hawksmoor was inspired by the ancient history of architecture, his work was considered radical and contemporary in its day.

Photographer Hélène Binet was specially commissioned to document the various aspects of the seven remaining London churches. Her immaculate black and white photographs demonstrate the beauty of Hawksmoor’s architecture with special attention to the variety of scales, sites, interiors, textures, and materials.

About the Publisher
Lars Müller Publishers is an internationally active publishing house based in Zurich, Switzerland. Founded in 1983, the press has made a worldwide name for itself with its carefully edited and designed publications on architecture, design, photography, contemporary art and society.
lars-mueller-publishers.com