Nangokusho: Ode to the Southern Lands of Japan
Atsushi Fujiwara 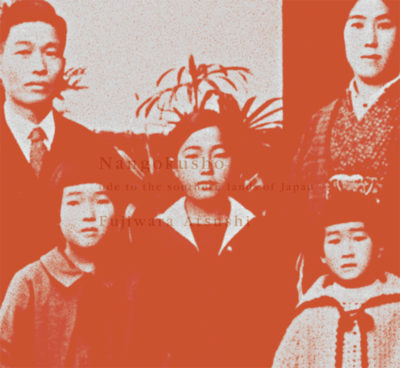 Atsushi Fujiwara follows the steps of his grandfather through the south of Japan, guided by his book of Tanka poems called Nangokusho. In “Nangokusho” there’s a lyrical feeling of loneliness, a quest for lost roots, Atsushi’s eye translates poetic verses in visual imagery, he hunts the invisible, the long gone. A slow wandering through empty streets, railways and backyards, Nangokusho is a silent ode to the Southern lands of Japan.
(source: https://landscapestories.net/en/archive/2014/family/projects/atsushi-fujiwara)

About the Artist
Atsushi Fujiwara is a Japanese photographer and the founder of the photography magazine Asphalt. Fujiwara has collaborated on numerous projects with Akira Hasegawa who was the editor of the well-known Asahi Sonorama Shashinshu series of twenty-seven books published in the late 1970s; many of which are now considered important examples of postwar Japanese photography.
atsushifujiwara.com
(source: http://atsushifujiwara.com/new1002.html)

About the Publisher
Sokyu-sha is one of the many galleries in Shinjuku Gyoen. As well as being a gallery space, it is also one of the most unique and prolific photography bookstores in Tokyo.
(source: https://www.shashasha.co/en/publisher/sokyusha)