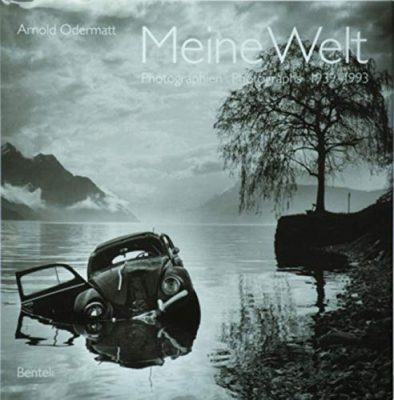 With the precision of a chronicler, the policeman Arnold Odermatt has documented his everyday life as a civil servant for 40 years, on the job and in private, in rural Switzerland. He reports the events with which he is faced in his everyday duty as a police officer, which was something very unusual. As opposed to many spectacular pictures of catastrophes, he records and documents small, apparently insignificant occurrences. At the same time, the pictures, with their documentary style, also capture situations that often appear unintentionally funny-ironic.

The photographer presents a panorama of happenings that we try to avoid under all circumstances yet that strangely fascinates us. In a second section, Odermatt gives us an insight into his private everyday life. He uses the same police-style objectivity, which is not devoid of feelings, to document the more personal life.

Arnold Odermatt is a celebrated Swiss police photographer whose work spanned more than 40 years. Originally trained as a baker, he was a photographer for the Nidwalden district police from 1948 until his retirement in 1990. He is best known for his eerily beautiful black-and-white photographs of the aftermaths of motor vehicle accidents. His photographs have earned him a great deal of respect on the art scene for a number of years. Arnold Odermatt joined the police in 1948 and rose to become a lieutenant, chief of the transport police and deputy chief inspector of the Nidwaldner District Police before he retired.

About the Artist
Arnold Odermatt was a Swiss police photographer whose work spanned more than 40 years. Originally trained as a baker, he was a photographer for the Nidwalden cantonal police from 1948 until his retirement in 1990.
(source)

About the Publisher
Benteli Publishers looks back to more than hundred years of history and has made its eminent name by publishing catalogues of international art exhibitions, artist monographs and work catalogues, publications in the area of photography as well as the history of art. Editions about Hodler, Picasso, Matisse, Kandinsky, Giacometti, Tinguely and Niki de Saint Phalle are some of the highlights of the program.
benteli.ch