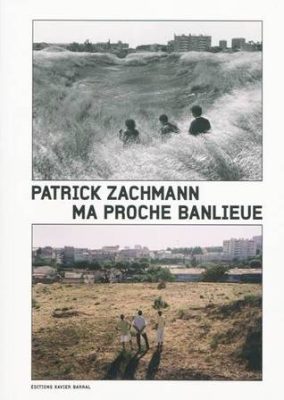 For many people, the suburbs are a question of geography; but for Patrick Zachmann, they are primarily a matter of history. A national history.

I know his work well, and have never had the feeling that Patrick Zachmann took pictures of “the” suburbs. On the contrary! His work has always excluded the definite article that predetermined an angle of view. On the contrary! It rests only on the boldness of the indefinite plural! Suburbs, people, stories. Since he forges close yet respectful bonds with those he photographs, he knows their uniqueness. Photographed outside of the sound and fury, these stories weave a more collective one. In thirty years of pictures, what is told here is immigration as well as the evolution of French society. France, such a nearby suburb…” (Souâd Belhaddad).

About the Artist
Patrick Zachmann has been a freelance photographer since 1976 and member of Magnum Photos since 1990. He has dedicated himself to long-term projects on the cultural identity, memory and immigration of different communities. From 1982 to 1984, he worked both on a project on highway landscapes, backed by the French Ministry of Culture, and on the challenges of integration facing young immigrants in the northern neighborhoods of Marseilles.
(source magnumconsortium.net/photographers/ZAP)

About the Publisher
Atelier EXB, also known as ‘Éditions Xavier Barral’ publishes works that address new forms of photography, contemporary art and sciences. Founded in 2002 by Xavier Barral, and taken over in 2020 by the five members of the team (Jordan Alves, Nathalie Chapuis, Yseult Chehata, Charlotte Debiolles and Perrine Somma), the publishing house conceives each book with great attention to both content and form. They seek to question the forms of photography, to bring to light artistic voices, to approach the major questions which innervate our contemporary societies through the image.
exb.fr