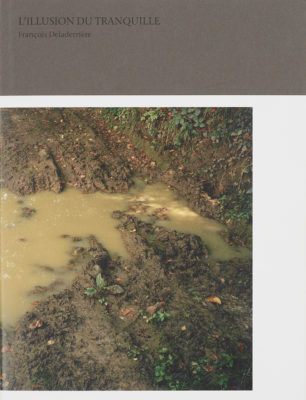 “We have crossed many states of mind when photographs unfold in front of our eyes, revealing, in the appearance of their subject, a familiar strangeness. These states push the familiar into the realm of the uncanny. Under the influence of the shift, the slide, the disorder of the senses, what is known and has been long familiar switches and blurs. Our perception flickers and a gap opens in the real world: The illusion of peace.”

About the Artist
François Deladerrière was born in 1972, he lives and works in Arles. He graduated from the National School of Photography in Arles in 1999, he now pursues personal work and carries out commissions mainly relating to landscape and architecture. He regularly presents his photographs in group and personal exhibitions.
In 2003, he temporarily joined forces with three other photographers (Géraldine Lay, Céline Clanet and Geoffroy Mathieu) in order to question their respective approach. This will result in several exhibitions as well as a collective work, Un Mince Vernis de Réalité published by Filigranes in 2005.