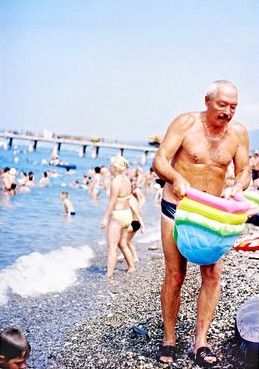 Series of small books, Sketch Book Series, consisting of outtakes and contact sheets from the making of The Sochi Project. This book features images taken on an old Kiev medium format camera.