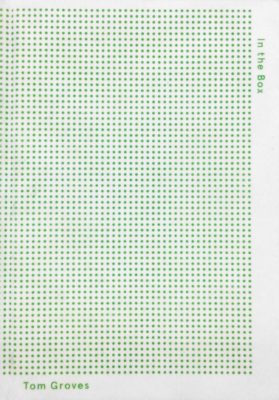 Subbuteo is a group of table top games simulating team sports such as association football, cricket, both codes of rugby and hockey. The name is most closely associated with the football game, which for many years was marketed as “the replica of Association Football” or Table Soccer. The “Subbuteo” name is derived from the neo-Latin scientific name Falco subbuteo (a bird of prey commonly known as the Eurasian hobby), after a trademark was not granted to its creator Peter Adolph (1916-1994) to call the game “Hobby”.

About the Artist
Tom Groves is a British photographer, digital printer and archivist based in London. Born in Bristol, he gained an HND in photography from Filton College before going on to an internship and subsequently, a full-time job at Magnum Photos London. From Magnum, he went on to work in Martin Parr’s studio – archiving, assisting on shoots and producing major exhibitions.

About the publisher
Info coming soon