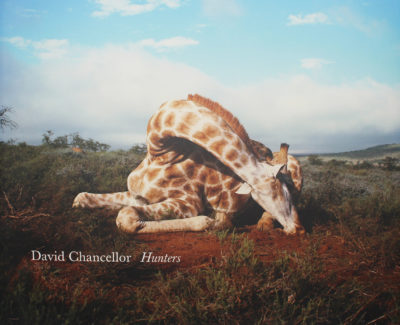 By the turn of the 20th century, East African hunting safaris had become a fashionable pursuit among members of the privileged classes, particularly in Britain and the United States. The completion of the Uganda Railway in 1901 provided easier access to the interior highlands of British East Africa (now Kenya), where large game – especially elephants, lions, buffalo and rhinoceros – was plentiful. The white hunter served these paying customers in the role of teacher and protector.

Hunters explores the complex relationship that exists between man and animal, the hunter and the hunted, as both struggle to adapt to their changing environments.

David Chancellor is a multi award-winning documentary photographer. His work brings him across the world, from the tribal lands of Kenya to the sombre mountains of Scotland. His interests are mapping that jagged and bloody line where Man and Beast meet. He has participated in numerous group and solo exhibitions, exhibited in major galleries and museums, and published worldwide. Recognized by World Press Photo, the Taylor Wessing National Portrait Prize and Pictures of the Year International, David published the monograph ‘Hunters’ in 2012. His work continues to examine mankind’s commodification of wildlife.