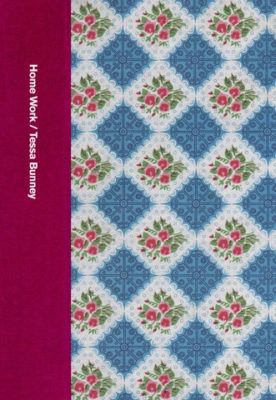 Home Work looks at Vietnam’s ‘craft’ villages. These specialise in a single product or activity, anything from palm leaf hats to incense sticks, or from noodle making to snake-catching. Some of these ‘craft’ villages date back hundreds of years, whilst others are a more recent response to enable rural farmers to earn much needed extra income.

75% of Vietnam’s population currently live in rural areas but as the country moves towards urbanisation, its agricultural labour force faces losing its land to urban projects – and its way of life. The country’s growing population is reducing the availability of farming land and rural families, no longer able to sustain themselves from the land, are turning to the creation of various products. These ‘craft’ villages have become the meeting place between rural and urban, agriculture and industry. During the last decade, along with rapid national economic development many craft villages have increased production up to five fold through small-scale industrial development. However, the consequence of this shift is increased waste and environmental pollution with the resources of the landscape becoming overused.

Tessa Bunney spent two six month periods in Vietnam and visited many of these villages. The traditional village house is typically single storey and consists of three rooms. The large central room is a multi-purpose living, sleeping and working area and it is in this room where many of Tessa’s images are taken, the mix of work and everyday objects fascinating her visually. Interspersed with images from daily life in the rice fields and in the villages, these photographs depict ‘working from home’ in an unromanticised sense, where their subjects, mostly women, balance childcare with the routine work necessary for survival.

Recently shown at The Mercer Gallery, Harrogate, Home Work begins a UK tour in London in summer 2010. Bunney has undertaken artists residences in Finland and Iceland and is currently working on a new project about the ethnic minority women of south west China.

About the Artist:
Tessa Bunney gained an MA in Photography from De Montfort University in 2004. Bunney’s projects include “Moor and Dale” which has been shown widely in the UK including the Hereford Photography Festival. “Eat Better, Eat British” received an Honourable Mention in the Leica Oskar Barnack Award and was shown at Recontres Internationales de la Photographie, Arles. Residencies have included the Artist Centre of Inari at Koppelo, Northern Finland and the Gil Society Studio-Workshop, Akureyri in Iceland. Tessa Bunney lives in Yorkshire with her husband and son.

About the publisher
Dewi Lewis Publishing is a partnership owned and run by Caroline Warhurst and Dewi Lewis. Founded in 1994, its photography list has an international reputation and has included books by leading British and international photographers such as William Klein, Martin Parr, Simon Norfolk, Fay Godwin, Tom Wood, Sergio Larrain, Frank Horvat, John Blakemore, Paolo Pelegrin and Bruce Gilden. The aim of the company is to bring to the attention of a wider public, accessible but challenging contemporary photography by both established and lesser known practitioners. The company has a worldwide distribution network and is recognised as one of the leading photographic publishers in the world.